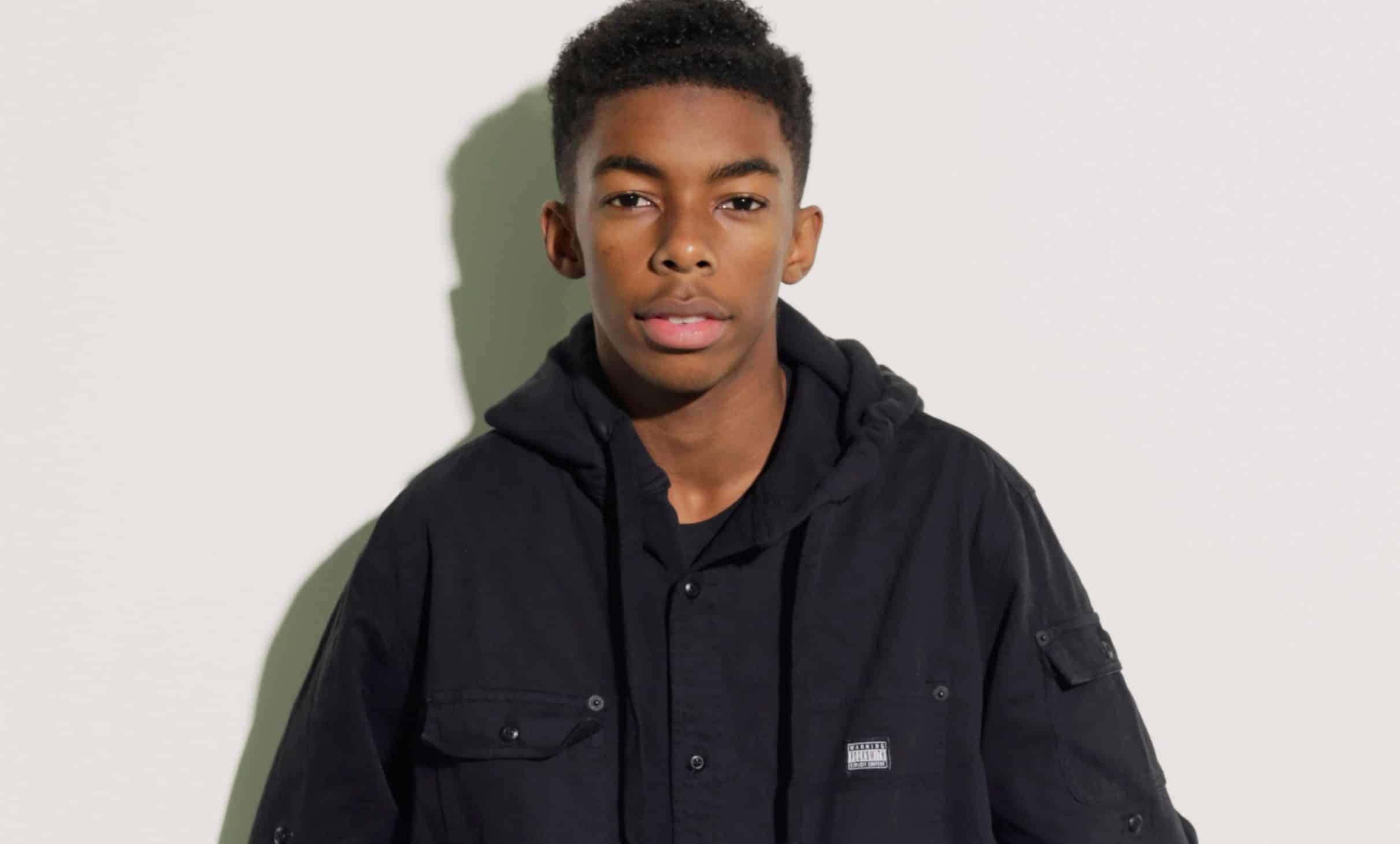 Bishop Nehru is an old head on young shoulders. A lot has been made of his age – at just 18, he makes the kind of music that has the older heads asking ‘Who is that dude?’, but exhibits a sound and mindset that the younger kids are feeling, too.

Even in his relatively young musical life, he’s already opened for Wu Tang on tour, heard Kendrick Lamar wax lyrical about his mic prowess and now is set to release what’s only his fourth full project with cult, mask-wearing cartoon aficionado DOOM under the combined alias NehruvianDOOM.

Ahead of the release of the LP, Trap managed to grab time with the New York MC between recording sessions and set about taking a peek inside the mind of the young Nehruvian…

A lot is made of age in hip-hop today. Do you think age is important?

Not really. I mean, as long as you are providing for the craft and doing something to enhance and better it, your own representation, I don’t really think that age matters.

In an age of over-saturation in modern music, perhaps your biggest break was a 16-bar freestyle. Are you of the ethos that less is more? Or would you put out music every day if you could?

Obviously, I’m at the stage that I want to release something new almost every day. It doesn’t make sense to do that, though. I’m not sure if less means more, but I just have to do my own thing. I guess my body and my senses tell me when to release something and it just happens. I don’t really ever think too much about when I need to release stuff. It’s organic; I do it because I have to, not because I’m forced to.

You’ve already toured with Wu-Tang, collaborated with DOOM, received praised from Kendrick Lamar and now find yourself signed to Nas’s label. What next?

I’m not really too sure as yet! I just want to keep making music and videos, branching out into directing and acting more. I see myself branching out. I’d be misrepresented if someone said I was a rapper or a producer. I am a big fan of ‘art’ as a whole medium. I love film, photography… I just want to do all the little things that show expression; things that nourish the soul.

You have a background in jazz – any plans do go back to it for a project in the foreseeable future?

I’m already producing my own stuff, producing for other people, but right now I feel like I’m really good and really comfortable with what I am doing. I’m in my comfort zone. Making rap isn’t the hardest thing for me – it’s organic and natural.

At the same time, I definitely see myself expanding and making more jazz, or even rock or pop or electronic music. The Disclosure collab came about from just experimenting and trying something new. Building like that and stepping outside the box, more as a musician than a rapper, is really important.

You listen to a lot more than just hip-hop, then?

The first genre I listened to was soul, funk and R&B from my grandma. The first rap album was by Nas and then Eminem – listening to shit I wasn’t supposed to listen to. There was certain stuff that my parents said ‘Don’t listen to this’ and that just made me want to even more. But I still listened to Luther Vandross, Al Green…

In seventh grade, I was into Radiohead and AC DC. I was into rock. So I got the game Rock Band, and I ended up selling that, so I could get more music equipment. The only thing I kept was the Rock Band mic! After that, I got into jazz, and then in ninth grade I made my jazz project. I would say I have a pretty good ear.

I didn’t really have that many people to mess with in high school, because I wasn’t listening to the same thing everyone else was. Everyone else was into Chief Keef and things like that. I loved him too, but I didn’t want to listen to that all day. To me, the most amazing album was the NERD one. That got me through my days. I’d rather listen to soul records than just party music all the time.

Thoughtfulness or ‘consciousness’ has become a bit of a swear-word in modern rap. Would you say you are a conscious rapper?

There’s a time and place for everything. But without consciousness, what are you? I think that answers that question! [laughs]

What can we expect from ‘NehruvianDOOM’ that we haven’t already heard on ‘The Mixtape’, ‘StrictlyFLOWz’ and the ‘BrILLiant Youth EP’?

Super emotional! It’s conscious and it’s really bitchy! A lot of my personal, Nehruvian problems. I feel like I’m better lyrically; it’s just more of the realness, the things that are actually going on for me.

Not a lot of people seem to know that DOOM is actually from the UK. What are your thoughts on our fair shores?

And I love UK cinema; the plots are actually kind of dope. There are some dope movies. I’m like ‘This is better than the films in America!’ You know that film Eden Lake? It is fucking amazing! That movie is awesome. Doghouse, I thought was dope. It had dope cinematography. A lot of classic UK cinema is dope to.

Speaking of classics – if you only had one ‘classic’ beat to rhyme to, what would it be?

Oh man! If I had one beat to chose, it would be J Dilla, ‘Sounds Like Love’. That is the best beat of all time; it’s on the ‘Yancey Boys’ tape… FUCK! I gotta go find it now… [Bishop starts scrabbling around in the background]. Keep asking questions man, I gotta find this now!

On the subject of J Dilla – how do you feel about people who had never met or worked with him now being able to buy one of his beats to rap over?

I know, it’s fucking weird right? I dunno, I rapped over a classic beat of his! I felt like it captured my emotion. I’m a fan of J Dilla. I mean, it could be tricky; oh man, that’s a weird situation! At the end of the day, Dilla had so many beats, we shouldn’t let something that amazing go to waste. At least the world is getting to hear it… Man this beat – it is on ‘Yancey Boys’, the Illa J tape, I’m just trying to find it!

So what can we expect in the future from Bishop Nehru?

I just work on stuff all the time, I make beats very, very secretly. Every day I’m working on something new, keeping active, keeping the tools sharp. It’s all NehruvianDOOM right now.

I still want to find this freaking song for you! Get your Google up! Oh it’s gonna come, it has such beautiful saxophone and trumpet in it! OH I GOT IT! [scrabbles around and then plays Illa J – ‘All Good’ down the phone]. You hear it?! THAT IS THE ONE!