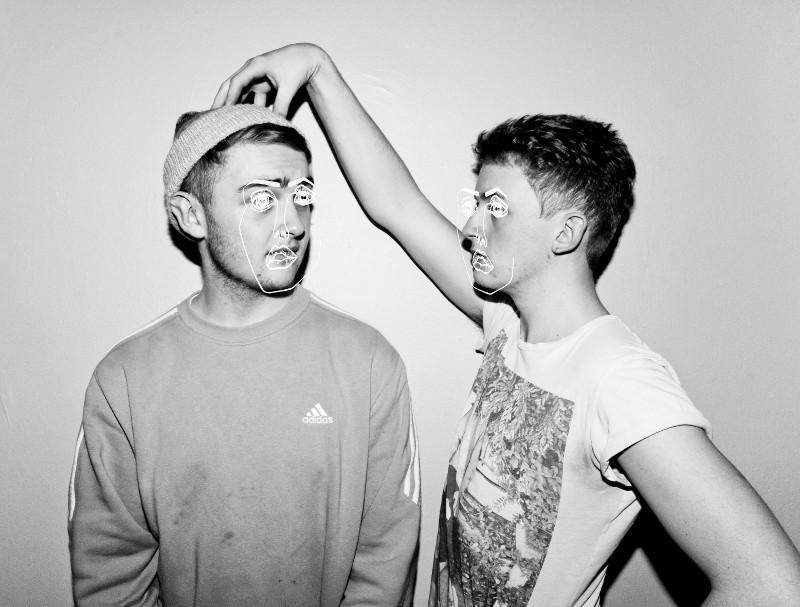 “WE JUST MAKE MUSIC FOR US AND OUR MATES”

Successfully sculpting an innovative sound that rapidly becomes the staple of the electronic underground, whilst also evoking the trendy ear of student-land and tastefully venturing into popular territory is no easy feat. South-London siblings Guy and Howard Lawrence, aka Disclosure, have created a full bodied style that’s done exactly that.

Brandishing a fresh amalgamation of sizzling, vocal-tinged 2step garage and deeply sexy bass-licked house has seen these two youngsters from Redhill meteorically emerge as some of the hottest property around, with a rich line of tastemakers including Pete Tong and Annie Mac all enraptured by their productions.

Evolving swiftly from a couple of young brothers putting out their music for free on Facebook last year, to a pioneering production duo supporting SBTRKT on tour, being called up to remix everybody from Jessie Ware to Emile Sande and releasing new material on Greco-Roman, the pair are clearly set on turning more than a few heads in 2012.

Guy, being the elder of the pair, takes the lead here as they chat to Trap Magazine about their influences, inspirations and what’s in store this year…

Sorry to begin with this, as we’re sure you’re constantly asked, but how old are you guys?

Do you think your youth has anything to do with the sudden hype and fascination?

G: Definitely, yeah. I think most people are really quite impressed that we’re so young and everyone seems to say that we have a really mature sound for our age. Generally, though, I think most producers are getting younger.

H:  It’s so easy to produce these days, just on your laptop, so it’s shouldn’t be so much of a big deal really.

Things have changed rapidly for you two – where were you and what were you up to this time last year?

G: This time last year, we’d just put out our EP on Facebook, where you had to like our fan-page to download it for free. That unexpectedly went crazy. We’d also just started live shows abroad and performing in Europe. I guess we’re still kind of doing that really, but just bigger.

So what’s your musical background? And when did you officially create Disclosure?

G: We’ve always kind of made beats together, but when I was in college I played in a band just with my mates, you know… We’d just play house parties and that for a laugh. I play drums and guitar and stuff and it was good fun, but it had to end when all this [Disclosure] kicked off last year really.

Who is one artist that really compelled you to start producing electronic music?

G: I caught a guest mix from James Blake, Joy Orbison and Pearson Sound on a Mary Ann Hobbs show a few years back that really got me excited and hooked on that sound. And then we started hearing artists like Burial and Floating Points, who I guess were the first guys that really started inspiring us.

The EP you made available for free on Facebook, how has that helped you and your career?

G: It was a huge blessing in disguise. Although we wanted to sell it, we didn’t have any money to clear the samples and didn’t want to risk officially releasing it, so we put it out for free and we gained something like ten thousand fans, so it was well, well worth it.

Did you expect it to blow up so big?

H: We don’t really expect anything from our music.

Your Jessie Ware Remix has been massively hyped and praised. How did the collaboration come about?

G: Jessie came to one of our shows in Brixton where we met her. We then got sent the promo for ‘Running’, which we instantly knew we could remix and that the vocal would sit well on one of our tracks. We get asked to remix a lot and we turn down quite a lot, but once we hear the right vocal we know we can make it work. With that track, we automatically knew what we wanted to do before we’d even started.

H: She’s coming out to Ibiza with us to perform live, which should be really amazing.

Supporting SBTRKT on his recent tour must have been a highlight for you?

G: Yeah, it was great… it was a perfect match. I think we have elements of his sound in what we make, not intentionally, but we kind of get put in the same bracket. It was pretty cool to step out and perform to a SBTRKT crowd each night because we knew most of them would be into what we do. It was like no fear really, which was sick.

H: SBTRKT and Sampha, they’re both really nice guys and we learned so much from being on tour with them.
What direction are you looking to take your own live show?G: Set-up wise, we’re trying to get it more like SBTRKT. I play drums so I want to bring in that and we’re working with vocalists, so we want to make sure that’s in there too.

Where do you draw your influences from, past and present?

G: Over the past year, we’ve kind of gone back in time a bit more… So, guys who were making music when we were like 9 or 10 or something are big influences now, guys making 90s garage and deep Detroit house. It’s weird how our influences are going backwards really.

Your latest EP recently came out on Greco-Roman. How has your sound progressed since the free EP last year?

G: The speed is definitely slowing down; everything is slowing down to lower than 140bpm. I guess if you want to call it house, you could; we’re definitely working the house beats now.

And you’re playing at one of the biggest dance festivals going, Global Gathering. How does that feel?

G: Yeah, really excited. We’ve never been there before so we’re definitely looking forward to that one. Our whole summer is looking great.

What other festivals are you performing at this year and which are you looking forward to the most?

G: Festival wise, to be honest, we don’t really want to do too many this year because we kind of want to peak next year when we will be putting our album out, so when that happens that’s when we want to hit all the festivals. But we’re doing Outlook in Croatia this year and Secret Garden Party is my favourite festival ever and we’re playing there, so that should be great. Then, in August, we’re doing Space in Ibiza – that should be really amazing too.

Lastly, what’s your one top tune/artist tip at the moment?

H: Paleman and Squarehead are both making some sick stuff, too.

G: Yeah watch out for them!